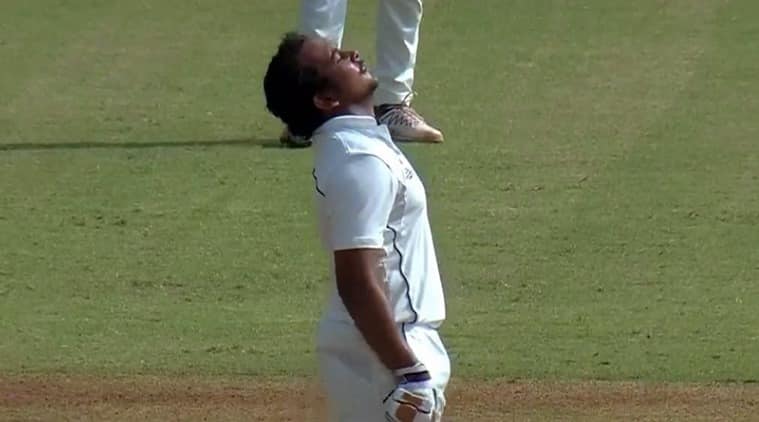 People say he is gifted but I say he has worked really hard to hone his skills.

Just after his ban got over, I got an opportunity to watch Prithvi Shaw bat. It was at the Syed Mushtaq Ali Trophy in Surat last month. There was no rustiness or lack of rhythm in his batting. His mindset was terrific. The ability to play strokes was for all to see.

After his innings, in which he scored a brilliant 50, I had a chat with him. I asked him why he didn’t hit one particular bowler early despite the fact that he wasn’t bowling well. He said “Sir, I could have hit him for three or four sixes but had I done that, they would have taken him off. I hit him later when the team wanted runs.” That’s how great players think. Prithvi is in a different league. Whenever I watch him, the young Sachin Tendulkar comes to my mind. This fearless brand of batting is common between the two.

Tendulkar, too, had the same ruthlessness. Prithvi’s batting in the first session today was sensational. His hundred before lunch was very impressive. He stands out on the field, he is in a different class and a special talent.

People say he is gifted but I say he has worked really hard to hone his skills. All his life, he must have faced thousands and thousands of balls. Since a very early age, the only thing he has done, day and night, is play cricket, and bat.

Those long hours at the crease have programmed his mind. And that’s the reason he judges the ball very early. Prithvi reads a bowler from his body language. Great players read a bowler’s mind.

You look at him bat and you know that he is thinking ahead. That’s how greats like Tendulkar, Brian Lara and Virender Sehwag batted, they pick line very early and are in position to hit the ball.

There are batsmen who pick the line and length once the bowler releases the ball, others play it off the pitch. But greats look for clues and pick the trajectory of the ball even before it is released. And that is the reason they know whether to move forward and backward. The other important aspect is his bat speed, bat swing and balance.

He is a batsman with a very evolved template. Bilkul paka hua player hai. (He is a finished product). I look at him and think he is even good enough to face the bowling greats of the 1990s. It looks like the pitch doesn’t matter to him. Even in this game, till the time he was batting, the pitch looked so easy.

His other quality is that he scores even off good balls. He doesn’t need to wait for half-volleys. He has a way of turning good balls into bad balls. And he doesn’t stop after hitting one shot. If he feels the second ball needs to be hit, he will go for it.

Like great batsmen, he plays with the bowler’s mind. Even before the ball is bowled, these special players keep in mind their scoring areas.

They have the skills to manipulate the ball in those areas. They can pull this off because of their wrists and range of strokes. I have seen in so many games, players like Tendulkar and Lara force bowlers to change their line. That’s what Shaw does. He is like a music conductor, a film director. You won’t realise it but woh game chalate hain (they control the game). There are days when they will get out only when they make a mistake.

He always plays proper cricketing strokes. You will come across many players who have the tendency to play cross-batted shots once in a while but Shaw is always correct and shows grace in his batting. The other noticeable thing about great batsmen is the sweet sound of the ball hitting the bat. I hear that sound when Prithvi bats. He might have some off-field issues but if you are talking about cricket, he is too good. He should be picked in the Indian team right away. He is a player of a rare breed.

(More is a former chairman of selectors and India wicket-keeper. He spoke to Devendra Pandey)