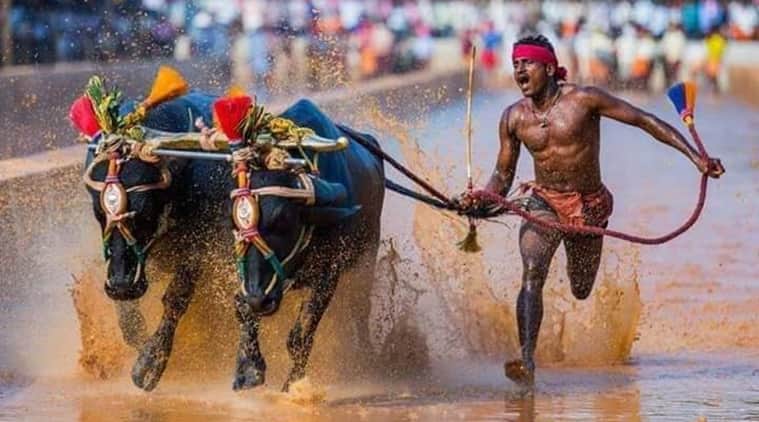 Srinivasa Gowda ran a kambala race (traditional form of buffalo race in Karnataka) on February 1 which has invited comparisons with Usain Bolt. (Twitter)

“Faster Than Usain Bolt? Karnataka Man Running With Buffaloes Covers 100 Metres in Just 9.55 Seconds. I urge the Athletics Association of India to take this man under their wing & make an Olympic champion of him. Wonder how many hidden talents we have,” Shashi Tharoor tweeted on Saturday morning.

Tharoor was referring to ‘Kambala jockey’ Srinivasa Gowda, a 28-year-old from Karnataka who has become the latest Indian to be pushed to overnight stardom, with comparisons made with Usain Bolt, in the field of athletics.

The reason for this jubilation was a buffalo race ran by Gowda, a kambala jockey who has been in the profession for the last seven years, on February 1 in a village 30 kms from Mangalore. On this day, he ran 142.5 meters in 13.62 seconds – which can be equated to completing 100 metres in 9.55 seconds – faster than the 100m world record held by Bolt.

Srinivasa Gowda (28) from Moodabidri in Dakshina Kannada district. Ran 142.5 meters in just 13.62 seconds at a “Kambala” or Buffalo race in a slushy paddy field. 100 meters in JUST 9.55 seconds. pic.twitter.com/mphRcbFRKi

The many Usain Bolts of India

Last year, there were at least two major instances when Indian sports fans reacted to reports from the field of athletics inordinately.

Something very similar to what is happening with Gowda played out in Madhya Pradesh. Rameshwar Gurjar, a farmer, enjoyed a period of very short-lived fame when a video of him ‘running a 100 metre lap in 11 seconds’ without any shoes on a dirt road went viral. He too had been called the ‘Usain Bolt of India’.

A trial race had been arranged for Gurjar at the SAI centre in Bhopal – in which he finished last with a disappointing timing. “He is exhausted due to the glare of publicity so couldn’t perform well. Will give proper time and training to him,” Rijiju tweeted after the race. Gurjar has not been heard of since.

Before that, Hima Das – who raced into the nation’s hearts with a series of impressive performances in 2018 – was reported to have won ‘five gold medals in a month in Europe’ in 2019. Soon though, it emerged that the races won by Hima were won with timings which were way off her best, that her competitors had been mostly Indian even though the races had been held in Europe and that holding training camps in Europe for Indian athletes is in itself something that requires looking into. 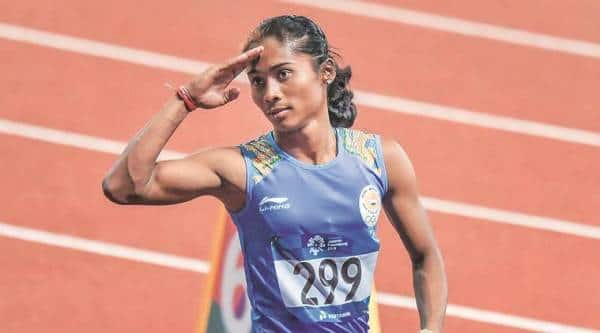 What is it about Indian athletics that makes fans go overboard with plaudits? Is it because stars in this field are so rare in the country? Before the rise of Hima Das and Neeraj Chopra, the last (and probably the only one in this century) Indian athlete who can be said to have been a household name is Anju Bobby George.

Is it because the timings or distances shown on the scoreboard are much less attractive to the casual fan than the thrill of watching an athlete burst into a few seconds of high-intensity performance?

The need for (manufacturing) speed

Even when Gowda’s feat of having run alongside buffaloes is being discussed, what are being discussed the most are his impressive physique and how old the tradition of kambala is. “Just one look at his physique & you know this man is capable of extraordinary athletic feats,” tweeted Anand Mahindra.

His timing of ‘100 metres in 9.55 seconds’ is not being delved into much. It is just a qualifier so that Usain Bolt can be invoked.

Let alone the fact that hand timings – such as followed in traditional Indian sports like kambala – vary from electronic timings, Gowda’s speed of ‘100 metres in 9.55 seconds’ is mostly due to the speed of his buffaloes. 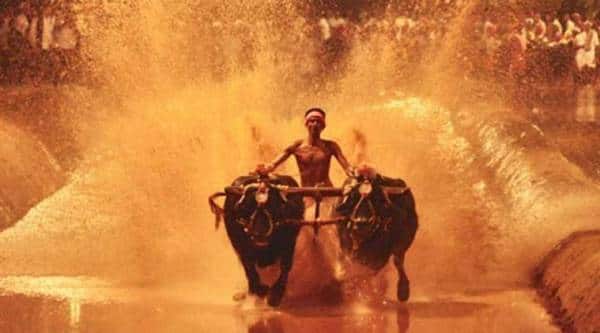 Buffaloes used in kambala races are usually trained around the year for these events. (File Photo)

Bolt’s speed during his record run was 27.8 mph. The Bolt-esque buffaloes Gowda was running with did not have their timings electronically recorded – this lack of specificity giving added license for fans to go overboard – but buffaloes have been known to run at speeds of 35 mph. Buffaloes used in kambala races are usually trained around the year for these events and so it can be assumed that their speeds were not very far from that.

Gowda himself, who works as a construction worker in the kambala off-season, is ecstatic at the sudden attention on him and his sport, but is more circumspect about the Bolt comparison. “People are comparing me to Usain Bolt. He is a world champion, I am only running in a slushy paddy field,” he told ANI.

“The credit of my success should also go to my two buffalos. They ran very well. I chased them or drove them,” he told News18.