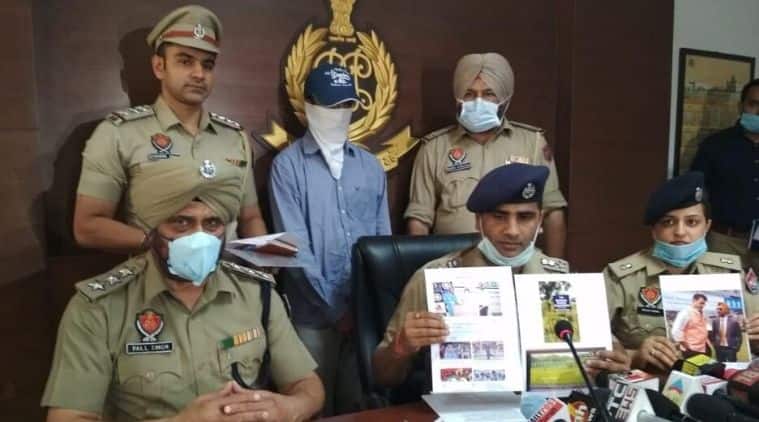 Ambitious, evasive, flashy and persuasive: That is how people acquainted with Ravinder Dandiwal, who was arrested for his alleged role match-fixing, describe him.

Last week, Dandiwal was identified by Victoria Police in Australia as the ‘central figure in a global match-fixing and betting scam’, according to a Sydney Morning Herald investigation. He was then linked to a fake T20 league that was claimed to be held in Sri Lanka but was staged in a village in Punjab instead.

Mohali SSP Kuldeep Singh Chahal said Dandiwal was arrested after interrogation of two other accused and they are exploring his connections to the fake T20 league.

But those who have known him, and been associated with his tournaments, are hardly surprised with the developments, saying Dandiwal ran a ‘shady syndicate’ in Chandigarh/Mohali/Panchkula for a long time and had been virtually ostracised in the local cricket community in the last couple of years.

Dandiwal, 35, came to the city around 2009-10 and started a cricket academy in Mohali, according to a local coach. Another former associate said: “Sometimes, he would say he is from Rajasthan. On some other occasions, he used to claim he is from Punjab.”
Chahal, the Mohali SSP, confirmed Dandiwal was from Rajasthan. “After interrogation of the two accused arrested earlier, the Mohali Police arrested the kingpin of fixing racket Ravinder Singh Dandiwal, son of Gurnam Singh and resident of house number 108, Nohar, Hanumangarh, Rajasthan from Mohali on July 5,” Chahal said at a press conference.

Dandiwal, however, never gave away much about himself or his family. “He made a lot of claims of being well connected but never said in what way and how. There were rumours that his father was some sort of a contractor, another story was his family was in the liquor trade,” said a media consultant, who devised promotional strategies for Dandiwal’s tournaments. “One of the few things he spoke openly about was his ambition to make a name in the international cricket industry.”

It started by going hyper-local. A Chandigarh-based coach said that soon after he launched his academy, Dandiwal held a talent-hunt series for a year from August 2010 to August 2011. “After that, in 2012, he started the Cricket Premier League, which was also broadcast live on DD Sports,” the coach says. “But a lot of professional players from Chandigarh, Mohali and Panchkula gave the tournament a miss since it was not a recognised tournament by the Board of Control for Cricket in India (BCCI).” 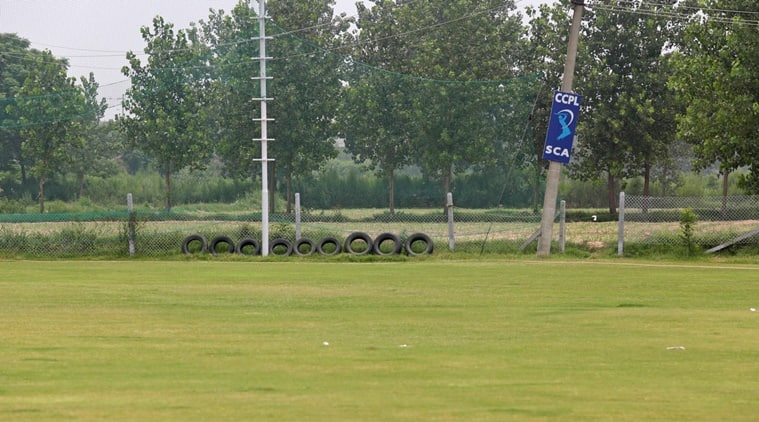 View of the SCA (Strokers Cricket Association) cricket ground where the match was being played. (Express Photo by Jasbir Malhi)

Instead, the tournament was held under the aegis of Cricket Council of India, of which Dandiwal claimed to be the general secretary on his social media profiles. The Cricket Council of India’s logo bears a striking resemblance to BCCI’s, including the colour and font. The shape of its edges and the organisation’s name – in tiny characters – are the few visible differences.

The Chandigarh-based body ran the Cricket Academy of India and routinely organised training camps and state selection trials for the National League Cricket Championship, another non-BCCI recognised tournament played in Chandigarh in 2015. The Cricket Council of India went on to organise a lot of tournaments that had names similar to the ones conducted by the BCCI. For instance, in 2016 Dandiwal organised a ‘Champions Trophy’ apart from being associated with the Haryana Corporate League, Punjab Cricket League and Cricket Premier League in the last few years.

Dandiwal called himself the chairman of the Cricket Premier League and formed a sport-cum-player management firm, Ultimate Sports Management, of which he was the managing director. According to the league’s former media consultant, Dandiwal drove around in a sedan, liked a flashy lifestyle.

A coach from Panchkula said: “Dandiwal arranged players from places like Jaipur and small towns in Jammu and Kashmir as well as Punjab. He lured them by saying they will get a chance to represent India.”

A well-known coach from Chandigarh said Dandiwal chased him for several weeks to visit one of the coaching camps he had arranged. “This happened around six years ago. He kept on insisting that I visit his academy so I travelled to Mohali, and met the players at the ground for an hour or so. He clicked pictures and after that, I have not been in touch with him,” the coach said.

One cricketer-turned-sports entrepreneur said, ““The players he got for his tournaments were all unknown and they claimed to be from Punjab, Haryana and Rajasthan. He used to mix and match the teams. It’s not like the team from Rajasthan had just Rajasthani players,” the entrepreneur said.

One of Cricket Premier League’s former media consultants added: “They were called national tournaments but had all local players. There used to be teams from 10-15 states but we did not know from where they were actually. He used to collect entry fees from teams and players, put them up at shady hotels and the matches were conducted in a very strange manner. There were no set match timings or fixture lists, no rules with regards to who would be allowed to sit on the bench and if a team could not get 11 players, then players from other teams would be added to make up the numbers.”

Still, Dandiwal’s tournaments gained popularity within the local circles and soon, he started organising similar matches outside India. But after his name got linked to a match-fixing scandal in a tournament he organised in Nepali in 2017 – the Asian Premier League – the doors started slamming shut on him.

“He held a tournament in Nepal and after that, his name featured in BCCI’s anti-corruption thing. Later, I heard that he took a team to Australia and a lot of players escaped and never returned. I did not want any negative image to be associated with my academy so I advised my players not to play in his teams or tournaments and I stopped giving him my grounds,” said the player-turned-sports entrepreneur.