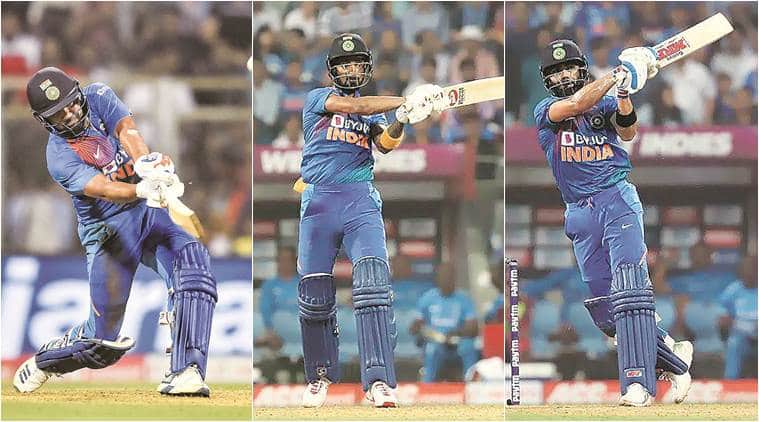 Is India finally beginning to have a go at the bowling from the start in T20s? The urgency shown by the top order at Wankhede Stadium was unmistakeable as KL Rahul and Rohit Sharma waded into the bowlers before Virat Kohli turned his swat-flick into an assault weapon to pulverise the West Indies. A cautious watcher would wait to see if India continue to show such intent if Rahul falls early.

It’s clear that he is the chief enforcer in T20s as unlike a few others in the top order, he doesn’t like to play the waiting game. What would have warmed the hearts though was Sharma too following a similar script and Kohli, choosing to come at No. 4 again, wasting no time in throwing his punches.

It all added up to India amassing a score of 240 for two in their 20 overs – a scoring rate of two runs per ball. If any team had the capability to give the target a shake, it was the Windies, but three early wickets and the unavailability of Evin Lewis took the wind out of their sails.

Skipper Keiron Pollard and Shimron Hetmyer hit some big shots, but they were always fighting a losing battle, daunted as they are by the massive total. The visitors were never really in the hunt and ended 67 runs short. It was an eventuality, despite the fleeting hope. 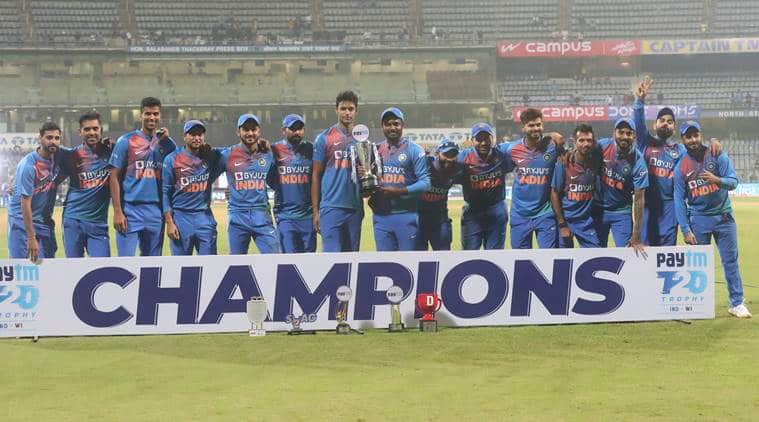 Players of Indian cricket team pose with the winner’s trophy after their win in the third Twenty20 international cricket match against West Indies in Mumbai on Wednesday. (AP Photo)

The curious hesitation they have shown at the top of the order has been a factor in India lying at no. 5 on the ICC T20 table. The cricketing nation that birthed T20 franchise cricket 11 years ago can’t say they are still learning the format. By now, there shouldn’t have been any doubts over how to go about in this format.

Not a residue of doubt was left at the Wankhede in front of a full house that had started to queue up hours before the 7pm start. Rahul, as is his wont, pressed on the pedal from the start and Sharma too was keen to flay.

Amidst several gems from Rahul stood a couple of upper cuts to the third man boundary. To call them upper cuts would be wrong actually; they were fiery slashes to balls on off-stump. He wasn’t helping them up and over like Tendulkar used to do, arching his back. He threw his wrists, arms, back – everything into the shots. There was no room to manoeuvre really but Rahul just arched back and the bat came down at furious speed, the arms continued to fly out as he slashed it over third man for a six that would stay in the mind for a while. 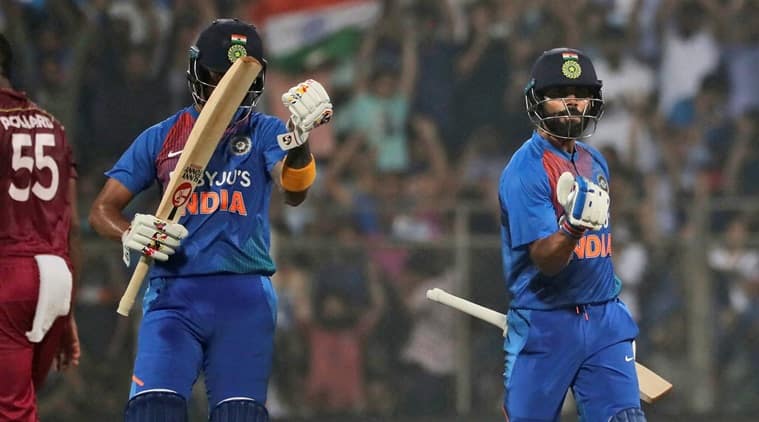 Sharma caressed a straight drive and played a delightful late cut before deciding to slug the ball around. Soon, the bowling quality started to dip – full tosses, short balls, down the leg-side tripe followed as the Windies got the yips and the Indians continued to loot. Enter Virat Kohl in the 13th over, after Rishabh Pant, in at No. 3, had holed out to long-off. He had his own battle going on with Kesrick Williams, even when he wasn’t bowling. He would hit a four or six and would search for Williams on the field. When he reached 50, his eyes picked up Williams on the field and only then did he celebrate, raising his bat to him.

On the field, he repeatedly urged the crowd to cheer out his bowlers’ name – be it Mohammed Shami or Deepak Chhaar. Now and then, he would point out the text ‘India’ on his jersey and ask the crowd to cheer. The Pied Piper of Indian cricket had the Mumbai crowd on a string.

What about his batting? One thing that never ceases to amaze about the insane swat-flick from Kohli, the one shot he repeatedly used to destroy West Indies in Mumbai, is that it isn’t a natural shot for him. In fact, he doesn’t even know when it seeped into his game. He reckons it came in when he was playing T20s. A signature shot that he uses so destructively in limited-overs cricket is part of his evolution.

“I don’t even know when it came in. Just recently I think, playing in T20s),” Kohli had said a decade ago, during the 2009 Indian Premier League in South Africa. The most destructive deployment of it came in 2012 when he smashed Lasith Malinga in an ODI in Hobart and from then on, it has become a staple shot for him.

Kohli has continued to hone that shot. In the past, it was a stroke he used to send the ball squarer. These days, he seems to get it a lot through midwicket as well. As many as 50 of his 71 runs on Wednesday came in the arc from square-leg to wide long-on as he gorged himself on that shot. Some batsmen flex their muscles, Kohli does it with his wrists. His fans would be satiated, but more importantly, if he and his team continue to show such intent at the top, all Indian T20 fans would be thrilled.

This win was a good lesson for us and now we need to remember it: Virat Kohli